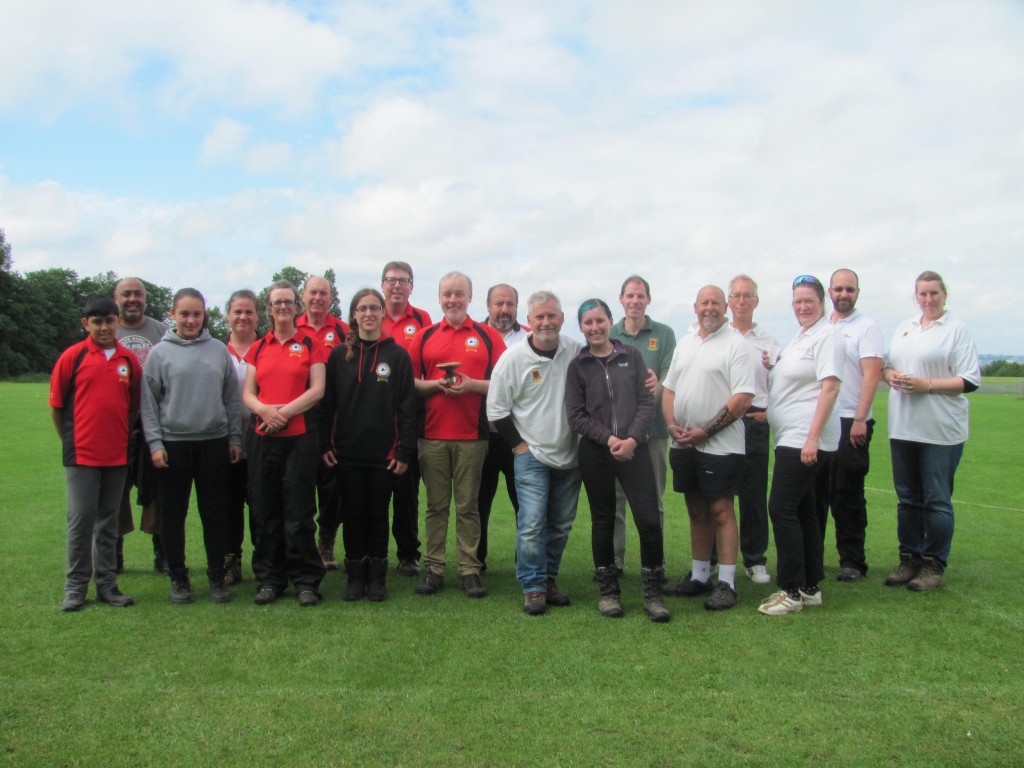 It's fair to say that this fixture ended up being a very topsy-turvy day all in all.

CMO Bowmen hosted this three-way friendly match between us and Reigate Priory Bowmen as holders of the trophy which we won at Malden last year. With me so far? Unfortunately Malden found themselves a bit light of archers and so the three-way became two. 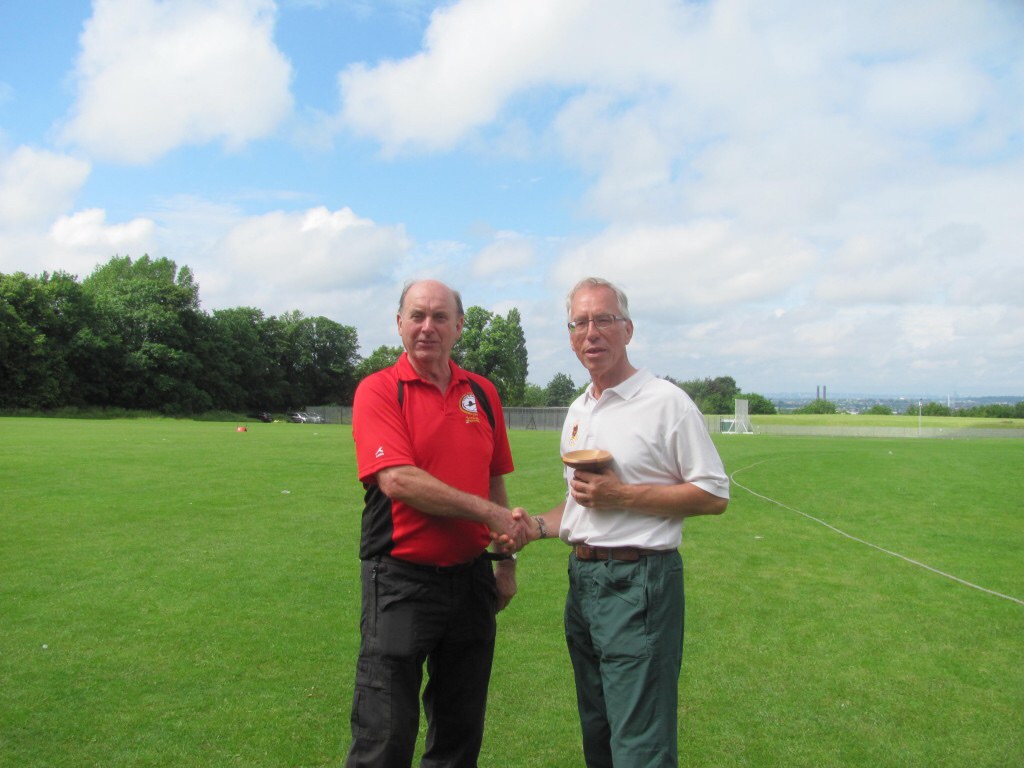 Despite the rain, we fielded a very respectable side of Longbow, Barebow and Recurve archers but were only able to compete with Reigate in the Longbow and Recurve categories as they had no Barebow archers.

The rain persisted through the first four dozen, stopped for a bit when we went inside for lunch and then started again when we came out for the second four dozen. Fortunately by the time we had finished and packed away, there was bright sunshine. Sunshine also smiled on Reigate Priory as they took the trophy home, winning the five match-ups by a couple of hundred points.

But despite the weather being back to front and the trophy ending up likewise, we had a great day with some good company and look forward to going to Reigate next year to try and turn things around once more.