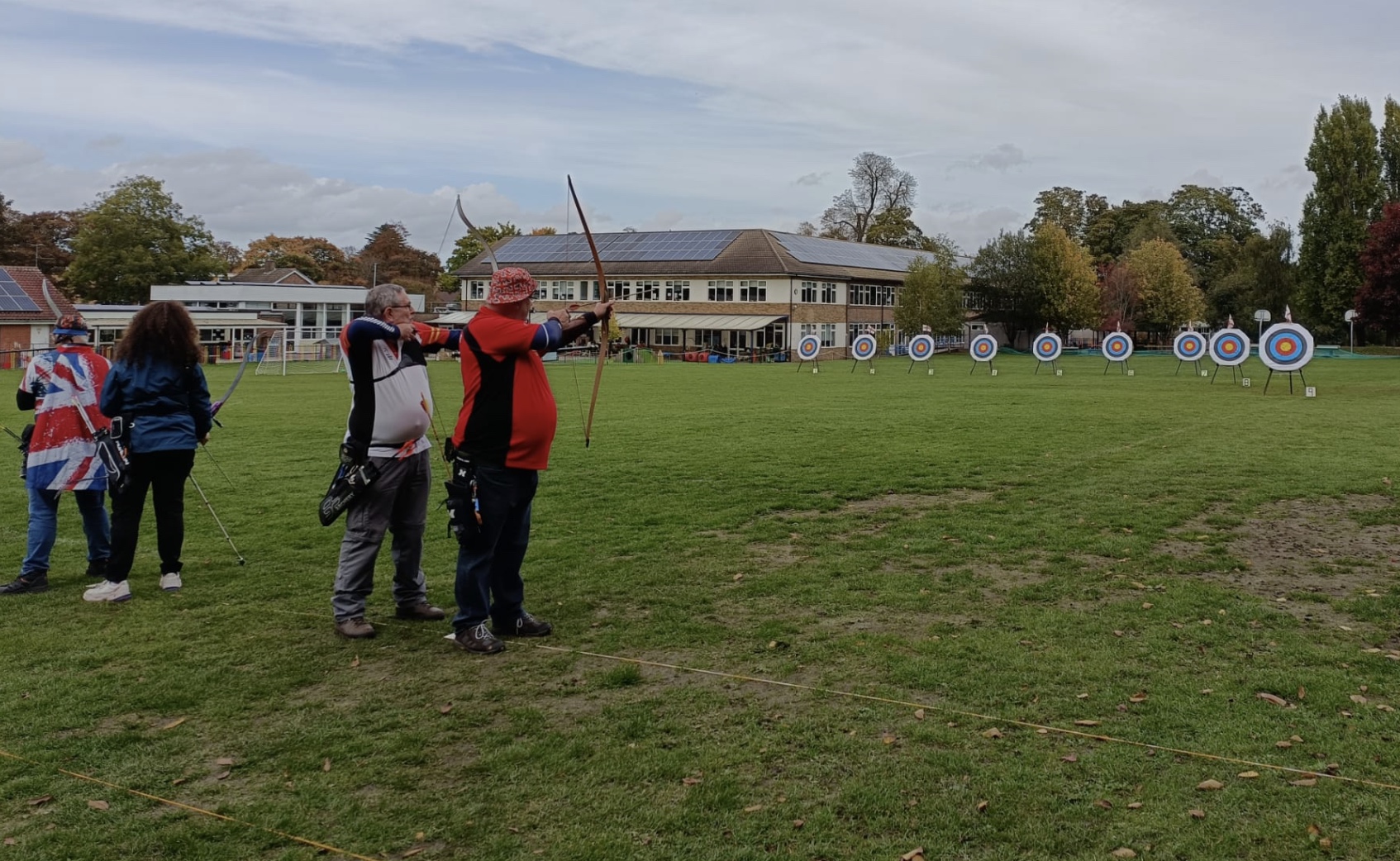 Sunday 15 th October was the first reconvention of the Atkins shoot since the dark days of covid lockdowns. A small and friendly club in Epsom and not too far away to get to. A group of 6 CMO archers including Jarrod, Ice, Chris, Gordon, Grant, and myself went, although a couple couldn’t make it unfortunately. It was an enjoyable day with Atkins providing some very good hospitality and food in their marquee.

Gordon was entered into the Barebow group along with Jarrod and myself as they had never seen the likes of his stick and string (American
flat bow) ha ha. I managed to secure second spot by the end of the two distances, but trailed to Jarrod in the early stages when he was second.
Ice also came second in her round so we all came away with a box of Liquorice All Sorts or treats.

The raffle was very enjoyable at the end with some good prizes and I think we all came away with something. The red, white, and blue theme wasn’t adopted by everyone there but CMO put up a good show, and it was good to meet and talk to archers from about 6 different clubs.

Hopefully we can develop this going forward and arrange a friendly with some of them.
On the whole a very enjoyable day and one to watch out for next year, and it helps support a club to keep going, something we all need as we recover from the last couple of years.

So don’t forget our own Halloween shoot on 29th where soup is going to be supplied and there could be a prize for the best costume!